Walking around the streets and places of Tokyo are a lot of interestingly "kawaii" , Japanese word for cute, and strange things. As my eyes ventured over the many different things line up in front of me in all sorts of colors, I wondered about my own country. Did my country have something similar to the Japanese? Like how they enjoy kawaii things? Everywhere had kawaii things, and it seems even guys are into the kawaii things. If you ever get a chance to visit Japan it would be one of the first things you notice - things are cute, even the cars, yes it looks like a mini Toyota Rav 4, trucks, and even the fire trucks are cute! They are small and compact, making it "kawaii". They're smaller than what you would find in the United States that is for sure. Guess if they went to the US everything would be considered big...

A Sunday to spend in Harajuku, one can marvel at the wonders of Japanese fashion. They are so much more expressive with their clothes then we are in NYC, way more, in fact it makes you feel as if NYC really isn't as expressive as you thought it was. There will be people passing you by in a range of bright neon colorful clothing to the pink cute dresses of the sweet lolita’s, and the dark and stunning gothic lolita’s - this is usually by Yoyogi Park or Harajuku, mainly on Sunday's. The different arrangements of outfits is one of the main reasons Japan is a leading industry on new fashion.
Also, oddly, mostly all the Japanese girls wear fake eye lashes, I'm guessing to make their eyes appear larger. Some also wear circle lenses to help add to the effect of larger eyes. There are sticker picture machines, called purikura, also a must try, in local game centers, that also make your eyes appear larger. These larger eye trends are not so odd, until they get outrageously large that look abnormal to the point that they look like aliens! Which some of the advertisements here have, which end up becoming rather frightening in a sense.
But have you already expected smaller cars, those interesting girls and boys walking around Japan already? That doesn't seem too odd to you? Well, have you ever heard of a Maid Cafe, or perhaps a Butler Cafe? Yes, no? Well okay, what about a Cat Cafe - that's right CAT, like "meow, here kitty kitty".
We all know what a café is, do we not? A café is a quaint little place to drink tea or coffee and have dessert, maybe even have a light lunch or dinner. Not too expensive that you can’t afford, not cheap either. It is not someplace you'd go every single day - at least not expected of most college students. Whether it be a maid, butler, or even cat, these places are a must visit for the tourist interested in experiencing something odd – being greeted by maids, some places would make you do certain “kawaii” actions before you can start eating, and more depending on the theme of the cafe. There are more themes and types of this “maid” café’s and these strange types of cafe's are found in Japan. And in Tokyo, there are many along the streets of Akihabara, Electric City. If you can't seem to hop over to Japan anytime soon, there are some maid café’s around the world, you'll just have to google it yourself - no, there is none in NYC, but California has some.
Here is a photo of a maid handing out fliers on the streets of Akihabara. You would see them a lot along the streets of Akihabara. 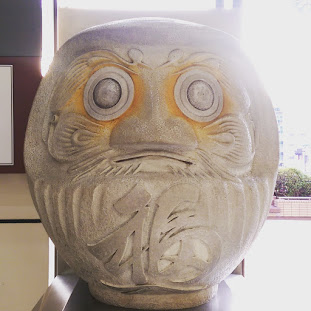